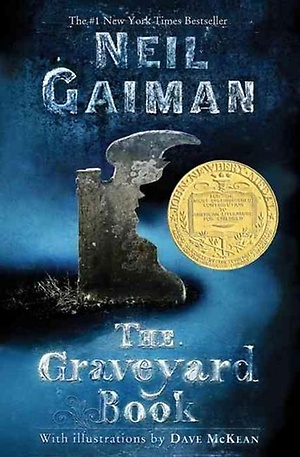 ""The Graveyard Book manages the remarkable feat of playing delightful jazz riffs on Kipling’s classic Jungle Books. One might call this book a small jewel, but in fact it’s much bigger within than it looks from the outside." -- Peter S. Beagle, author of The Last Unicorn

"After finishing The Graveyard Book, I had only one thought -- I hope there’s more. I want to see more of the adventures of Nobody Owens, and there is no higher praise for a book." -- Laurell K. Hamilton, author of the Anita Blake: Vampire Hunter novels

"It takes a graveyard to raise a child. My favorite thing about this book was watching Bod grow up in his fine crumbly graveyard with his dead and living friends. The Graveyard Book is another surprising and terrific book from Neil Gaiman." -- Audrey Niffenegger, author of The Time Traveler's Wife

"The Graveyard Book is endlessly inventive, masterfully told and, like Bod himself, too clever to fit into only one place. This is a book for everyone. You will love it to death." -- Holly Black, co?creator of The Spiderwick Chronicles

The Graveyard Book is everything everyone loves about Neil Gaiman, only multiplied many times over, a novel that showcases his effortless feel for narrative, his flawless instincts for suspense, and above all, his dark, almost silky sense of humor -- Joe Hill, author of Heart?Shaped Box

The Graveyard Book is everything everyone loves about Neil Gaiman, only multiplied many times over, a novel that showcases his effortless feel for narrative, his flawless instincts for suspense, and above all, his dark, almost silky sense of humor. (Joe Hill, author of Heart-Shaped Box )

The original hardcover edition of a perennial favorite, The Graveyard Book by Neil Gaiman, which has sold more than one million copies and is the only novel to win both the Newbery Medal and the Carnegie Medal. This middle grade novel is an excellent choice for tween readers in grades 5 to 6, especially during homeschooling. It’s a fun way to keep your child entertained and engaged while not in the classroom.

Bod is an unusual boy who inhabits an unusual place-he's the only living resident of a graveyard. Raised from infancy by the ghosts, werewolves, and other cemetery denizens, Bod has learned the antiquated customs of his guardians' time as well as their ghostly teachings-such as the ability to Fade so mere mortals cannot see him.

Can a boy raised by ghosts face the wonders and terrors of the worlds of both the living and the dead?