Discourse on the Origin of Inequality (Oxford World''s Classics) 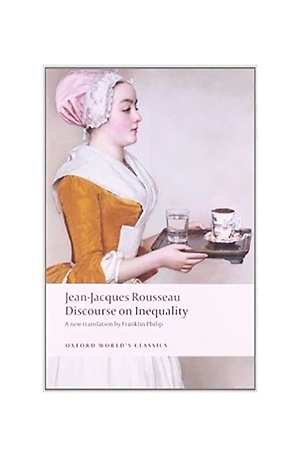 In his Discourses (1755), Rousseau argues that inequalities of rank, wealth, and power are the inevitable result of the civilizing process. If inequality is intolerable - and Rousseau shows with unparalledled eloquence how it robs us not only of our material but also of our psychological independence - then how can we recover the peaceful self-sufficiency of life in the state of nature? We cannot return to a simpler time, but measuring the costs of progress may help us toimagine alternatives to the corruption and oppressive conformity of modern society. Rousseau's sweeping account of humanity's social and political development epitomizes the innovative boldness of the Englightment, and it is one of the most provocative and influential works of the eighteenth century. This new translation includes all Rousseau's own notes, and Patrick Coleman's introduction builds on recent key scholarship, considering particularly the relationship between political and aesthetic thought.