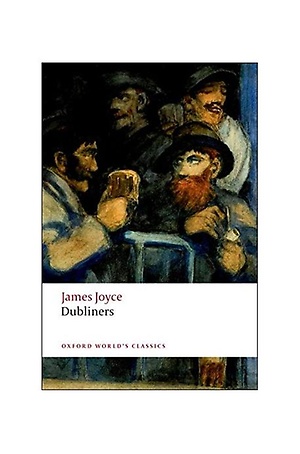 Appendices:'A Curious History' and the original version of 'The Sisters'
Explanatory notes

* Jeri Johnson's edition of Ulysses is acknowledged by reviewers, Anthony Burgess among them, as the best available
* The intro is the most wide-ranging, comprehensive, and accessible intro to the collection, its history and its reception in both literary/media world, and Ireland.
* The notes are the fullest of any edition, giving historical, personal, cultural and literary references and details.
* Includes the original version of 'The Sisters' and Joyce's correspondence concerning censorship which he wanted printed as the book's preface.

James Joyce's disillusion with the publication of Dubliners in 1914 was the result of ten years battling with publishers, resisting their demands to remove swear words, real place names and much else, including two entire stories. Although only 24 when he signed his first publishing contract for the book, Joyce already knew its worth: to alter it in any way would 'retard the course of civilisation in Ireland'.

Joyce's aim was to tell the truth - to create a work of art that would reflect life in Ireland at the turn of the last century and by rejecting euphemism, reveal to the Irish the unromantic reality the recognition of which would lead to the spiritual liberation of the country. Each of the fifteen stories offers a glimpse of the lives of ordinary Dubliners - a death, an encounter, an opportunity not taken, a memory rekindled - and collectively they paint a portrait of a nation.

Readership: For all scholars, students, teachers and enthusiasts of Joyce and Irish literature.