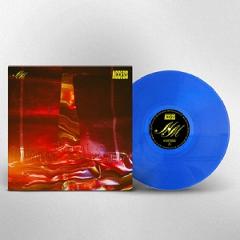 Access, the second album by Major Murphy, out April 02, 2021 via Winspear, is an album born out of being at a crossroads. It's also, without question, an album to blast at an unruly volume to soundtrack an experience one might have standing at that crossroads. It's remarkably cohesive - a striking relic in an age where ardent and true "album-making" is a fading art form - full of heavy rock'n'roll sounds and textured atmospheres fused with pro-idea, hyper-creative jittery warmth. In nine songs, it somehow takes a listener backwards and forwards at once, reckoning with intrinsic anxieties while conceptualizing a fantastical and vibrant happening, soothing in it's familiar, occasionally childlike tone.

Behind the sturdy and poetic architecture lies a story of new parents, navigating uncertainty and seeking a sense of agency in the new unknown. Throughout Access, songwriter Jacob Bullard recounts memories of teaching his young son to breathe through his nose and laments missing his son and his partner and bandmate Jacki Warren. On "In the Meantime", Bullard expresses the timeless anxiety of recent parenthood, written in the wake of the terrifying experience of their son suffering from lead poisoning. While the title track "Access" is as much a personal plea for patience and humility as it is a pep talk for setting the bar high and working hard to ascend. Together with Brian Voortman and Chad Houseman, the Grand Rapids, Michigan four-piece makes a laudable case for pushing forward against a pervasive resistance. The moment by moment choice to sit with the dark and let yourself live your life with a true sense of wild and unbridled hope, can look like a radical one. In this way, Access is an enthusiastic study on broadening the scope of personal introspection. -Katie Crutchfield (Waxahatchee)