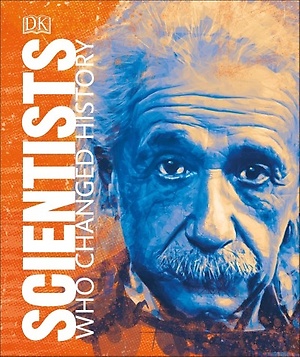 Explore the lives and achievements of more than 85 of the world's most inspirational and influential scientists with this innovative and boldly graphic biography-led book.

The second title in DK's new illustrated biography series, Scientists Who Changed History profiles trailblazing individuals from Greek mathematicians, such as Archimedes and Hipparchus, through physicists of the early 20th-century, such as Marie Curie and Albert Einstein, to modern greats such as Stephen Hawking and Tim Berners-Lee.

Each featured individual has made a major contribution to one or more scientific fields, from astronomy, biology, and psychology, to computer science and geology.

Combining elements of biography, history, and analysis, Scientists Who Changed History explains the groundbreaking contributions made by these revolutionary men and women in a clear and informative way.