In the Shadow of the Sun [Hardcover] 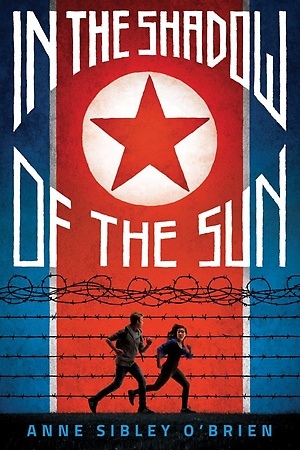 "A thrilling and immersive experience reminiscent of the best spy and wilderness adventure stories.... A riveting work that will appeal to a wide range of readers." -- Kirkus Reviews

"Thought-provoking....This fast-paced and tense survivalist thriller, made all the more compelling for its fascinating setting, should find broad appeal." -- Booklist

"A nuanced portrayal of North Korea; the government is restrictive and the police force divided, but the citizens' complex perspectives and attitudes are revealed in thoughtful, interspersed dispatches." -- Publishers Weekly

'O'Brien draws from a deep well of personal experience in her first novel...'In the Shadow of the Sun' is a compelling thriller...but is also an incisive and insightful portrait of a closed society that is largely unknown to the world...Fascinating and illuminating." -- Maine Sunday Telegram

North Korea is known as the most repressive country on Earth, with a dictatorial leader, a starving population, and harsh punishment for rebellion.

Not the best place for a family vacation.

Yet that's exactly where Mia Andrews finds herself, on a tour with her aid-worker father and fractious older brother, Simon. Mia was adopted from South Korea as a baby, and the trip raises tough questions about where she really belongs. Then her dad is arrested for spying, just as forbidden photographs of North Korean slave-labor camps fall into Mia's hands. The only way to save Dad: get the pictures out of the country. Thus Mia and Simon set off on a harrowing journey to the border, without food, money, or shelter, in a land where anyone who sees them might turn them in, and getting caught could mean prison -- or worse.

An exciting adventure that offers a rare glimpse into a compelling, complicated nation, In the Shadow of the Sun is an unforgettable novel of courage and survival.