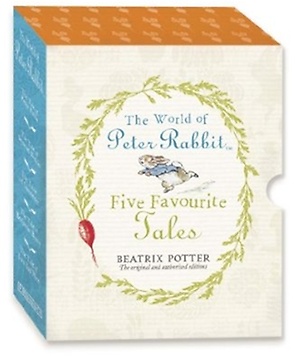 This beautiful slipcase has been produced to celebrate 110 years since the publication of "The Tale of Peter Rabbit" and contains books 1-5 of the "Original Peter Rabbit Books". What makes the books even more delightful is that each one has newly designed endpapers and a publisher's note describing how each book came to be. Each of the five stories takes you deep into the English countryside as you become familiar with Beatrix Potter's famous and (mostly!) lovable characters. Each tale with its soft water-colour artwork will delight and charm adults and children alike. This slipcase includes: "The Tale of Peter Rabbit; "The Tale of Squirrel Nutkin"; "The Tailor of Gloucester"; "The Tale of Benjamin Bunny"; and, "The Tale of Two Bad Mice". 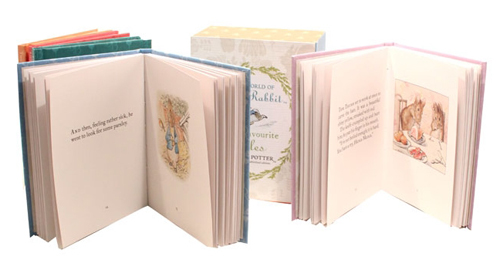 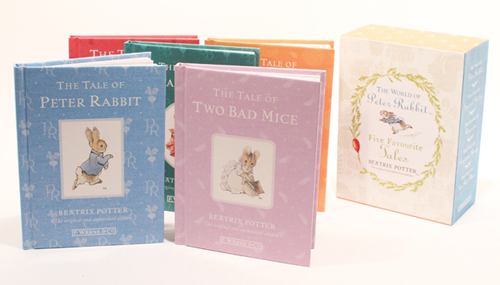 Beatrix Potter was born on July 28, 1866, at No. 2, Bolton Gardens, Kensington, London. Beatrix Potter discovered her love of nature on annual summer holidays in Scotland and the Lake District. On September 4, 1893, Beatrix sat down to write a picture letter to Noel Moore, the five-year-old son of her ex-governess, all about a naughty rabbit called Peter. Noel was ill in bed and so Beatrix wrote to him: "My dear Noel, I don't know what to write to you, so I shall tell you a story about four little rabbits. . . . " Some year s later, Beatrix thought of publishing the story as a book. She rewrote it into an exercise book and sent it to six publishers. It was rejected by every one of them. It was not until Beatrix had printed the book herself that Frederick Warne agreed to publish it. The Tale of Peter Rabbit was published in 1902, costing one shilling (the equivalent of just 5 pence today), and became one of the most famous stories ever written. Many of Beatrix's later books were set at Hill Top—the rats that infested the farm inspired The Tale of Samuel Whiskers, Tom Kitten and his sisters climb up the rockery wall at the bottom of Hill Top garden, and Ginger and Pickles.