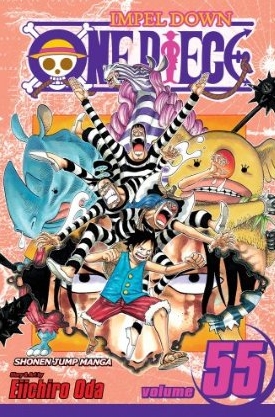 Reads R to L (Japanese Style), for T audiences. Luffy’s got some backup in his former enemies Buggy the Clown, Mr. 2 Bon Clay and Mr. 3 as he tries to rescue his brother from Impel Down. But now Warden Magellan, with his Venom-Venom powers, is out to stop him! Can Luffy survive such a deadly attack from a person whose very breath is a deadly weapon, or could his ace in the hole possibly be a “queen”? 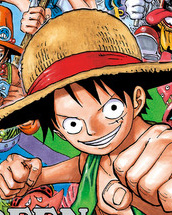