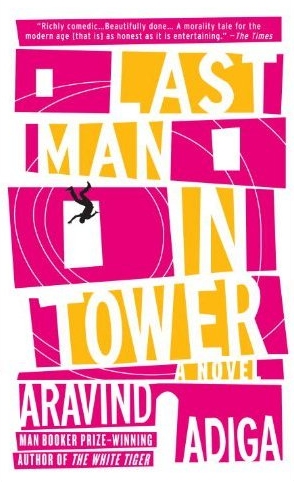 Searing. Explosive. Lyrical. Compassionate. Here is the astonishing new novel by the Man Booker Prize--winning author of The White Tiger, a book that took rage and anger at injustice and turned it into a thrilling murder story. Now, with the same fearlessness and insight, Aravind Adiga broadens his canvas to give us a riveting story of money and power, luxury and deprivation, set in the booming city of Mumbai.

At the heart of this novel are two equally compelling men, poised for a showdown. Real estate developer Dharmen Shah rose from nothing to create an empire and hopes to seal his legacy with a building named the Shanghai, which promises to be one of the city’s most elite addresses. Larger-than-life Shah is a dangerous man to refuse. But he meets his match in a retired schoolteacher called Masterji. Shah offers Masterji and his neighbors--the residents of Vishram Society’s Tower A, a once respectable, now crumbling apartment building on whose site Shah’s luxury high-rise would be built?a generous buyout. They can’t believe their good fortune. Except, that is, for Masterji, who refuses to abandon the building he has long called home. As the demolition deadline looms, desires mount; neighbors become enemies, and acquaintances turn into conspirators who risk losing their humanity to score their payday.

Here is a richly told, suspense-fueled story of ordinary people pushed to their limits in a place that knows none: the new India as only Aravind Adiga could explore?and expose--it. Vivid, visceral, told with both humor and poignancy, Last Man in Tower is his most stunning work yet.