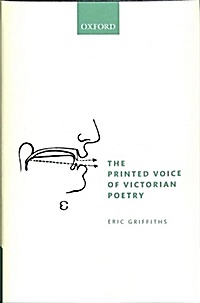 Explores the ways in which nineteenth-century English poets?Tennyson, Browning, Hopkins?responded creatively to the difference between written and spoken language and the ambiguities involved in writing down their own voices and the melodies of their speech.

The Printed Voice of Victorian Poetry starts from a simple fact: our written language does not represent the way we speak. Intonation, accent, tempo, and pitch of utterance can be inferred from a written text but they are not clearly demonstrated there. The book shows the implications of this fact for linguists and philosophers of language and offers fundamental criticisms of some recent work in these fields. It aims principally to describe the ways in which nineteenth-century English poets?Tennyson, Browning, Hopkins?responded creatively to the ambiguities involved in writing down their own voices, the melodies of their speech. Original readings of the poets' work are given, both at a minutely detailed level and with regard to major preoccupations of the period?immortality, morbidity, marriage, social divisions, and religious conversions?and in this way Eric Griffiths offers a new map of Victorian poetry.