Invalid Modernism (Hardcover) : Disability and the Missing Body of the Aesthetic[Hardcover] 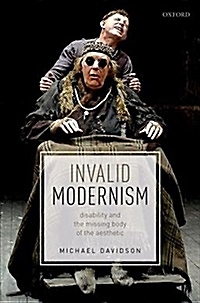 This volume studies a range of modernist works by writers such as Virginia Woolf, Oscar Wilde, Henry James, and James Joyce to explore what Modernism looks like when viewed through the lens of disability.

Invalid Modernism contributes to an intersectional moment in disability studies by looking at modernist aesthetics through a 'defamiliar body'. It also offers an intersectional understanding of modernism by studying the representation of physical and cognitive difference during a period marked by progressive reforms in health, labor, and welfare. Readings of texts by Henry James, Samuel Beckett, Virginia Woolf, William Carlos Williams, James Joyce, Djuna Barnes, Oscar Wilde, F.T. Marinetti, Jean Toomer, an opera by Alexander Zemlinsky, and paintings and constructions by dadaists and surrealists are set against the historical developments in sexology, medical discourse, and the pseudo-sciences of eugenics and anthropometry. Modernist works are well known for challenging formal features of narration and representation, but it is seldom observed that this challenge has often been enabled by figures of shell-shocked veterans, tubercular heroines, blind soothsayers, invalid aesthetes, and neurasthenic women. Such figures complicate an aesthetics of autonomy by which modernism is often understood. Since its evolution in the eighteenth century, aesthetics has been seen in terms of judgments based on detached appreciation. What begins as a highly privative, sensate response to an object or natural formation results in a disinterested judgment about the value of that response. By looking at modernist aesthetics through a disability optic, Invalid Modernism attempts to restore the missing body to aesthetics by disclosing a structure of feeling around dramatic changes in modernity. These changes are registered on and through the bodies and minds of figures considered in medical discourse of the period as 'invalid' citizens and subjects.