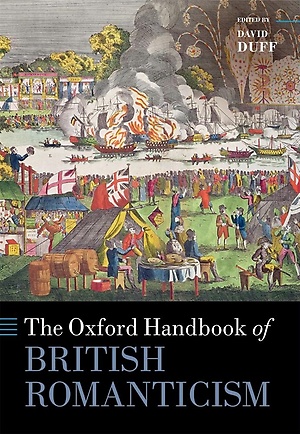 This Handbook provides a comprehensive overview of British Romantic literature and an authoritative guide to all aspects of the movement including its historical, cultural, and intellectual contexts, and its connections with the literature and thought of other countries. All the major Romantic writers are covered alongside lesser known writers.

The Oxford Handbook of British Romanticism offers a comprehensive guide to the literature and thought of the Romantic period, and an overview of the latest research on this topic. Written by a team of international experts, the Handbook analyses all aspects of the Romantic movement, pinpointing its different historical phases and analysing the intellectual and political currents which shaped them. It gives particular attention to devolutionary trends, exploring the English, Scottish, Welsh, and Irish strands in 'British' Romanticism and assessing the impact of the constitutional changes that brought into being the 'United Kingdom' at a time of revolutionary turbulence and international conflict. It also gives extensive coverage to the publishing and reception history of Romantic writing, highlighting the role of readers, reviewers, publishers, and institutions in shaping Romantic literary culture and transmitting its ideas and values. Divided into ten sections, each containing four or five chapters, the Handbook covers key themes and concepts in Romantic studies as well as less chartered topics such as freedom of speech, literature and drugs, Romantic oratory, and literary uses of dialect. All the major male and female Romantic authors are included along with numerous lesser-known writers, the emphasis throughout being on the diversity of Romantic writing and the complexities and internal divisions of the culture that sustained it. The volume strikes a balance between familiarity and novelty to provide an accessible guide to current thinking and a conceptual reorganization of this fast-moving field.