Literature and Its Readership in the Changing World (Hardcover) 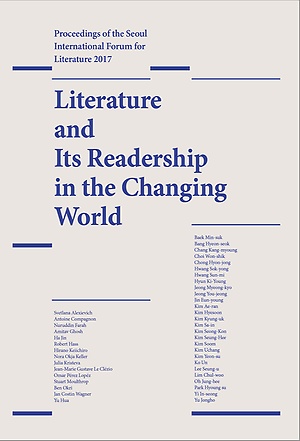 As much as the rapid and radical changes that have occurred in the lives of mankind during the past half century, the circumstances of literature have also changed. With market globalization, literary works are packaged and sold as cultural products, and literary boundaries have become obscured and intertwined to give rise to "hybrid" and "fusion" cultures. In the age of multi-media, text is stripped of its former authority and literature competes with electronic and video content. For literature to now survive in this new environment, it must affiliate itself with the new media or invent new literary forms.
How are the literature and the readers adapting to this age of fundamental transition, and how should writers respond? Literature and Its Readership in the Changing World is a compilation of answers to these questions proposed by writers of various cultural backgrounds. Throughout three sections entitled "Perceiving 'Us' and 'Them,'" "Literature in the Globalizing World/Age of Multimedia," and "Writers and the Market," Nobel Prize laureates Svetlana Alexievich and Jean-Marie Gustave Le Cl?zio, post-colonialist literature master Nuruddin Farah, and other world-class literary masters such as Amitav Ghosh, Antoine Compagnon, Robert Hass, Omar P?rez Lop?z, and Keiichiro Hirano voice their views.