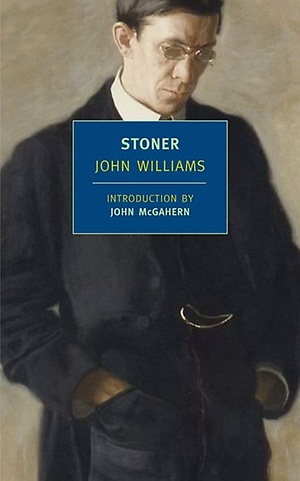 “A beautiful, sad, utterly convincing account of an entire life…I’m amazed a novel this good escaped general attention for so long.” -Ian McEwan

“Stoner is a novel of an ordinary life, an examination of a quiet tragedy, the work of a great but little-known writer.” -Ruth Rendell

“A beautiful and moving novel, as sweeping, intimate, and mysterious as life itself.” -Geoff Dyer

“I have read few novels as deep and as clear as Stoner. It deserves to be called a quiet classic of American literature.” -Chad Harbach

“The most beautiful book in the world.” -Emma Straub

Discover an American masterpiece. This unassuming story about the life of a quiet English professor has earned the admiration of readers all over the globe.

William Stoner is born at the end of the nineteenth century into a dirt-poor Missouri farming family. Sent to the state university to study agronomy, he instead falls in love with English literature and embraces a scholar’s life, so different from the hardscrabble existence he has known. And yet as the years pass, Stoner encounters a succession of disappointments: marriage into a “proper” family estranges him from his parents; his career is stymied; his wife and daughter turn coldly away from him; a transforming experience of new love ends under threat of scandal. Driven ever deeper within himself, Stoner rediscovers the stoic silence of his forebears and confronts an essential solitude.

John Williams’s luminous and deeply moving novel is a work of quiet perfection. William Stoner emerges from it not only as an archetypal American, but as an unlikely existential hero, standing, like a figure in a painting by Edward Hopper, in stark relief against an unforgiving world.