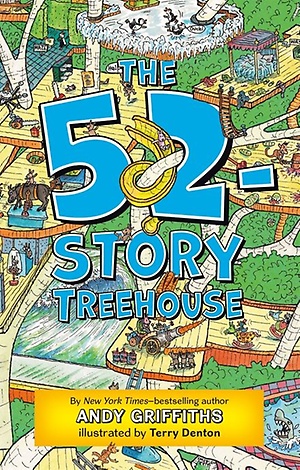 “Twice the treehouse, twice the fun? You bet.... Denton's furiously scrawled line drawings milk the silly, gross-out gags for everything they're worth. Kids should be flipping pages faster than a pair of inflatable underpants can skyrocket the young heroes to safety.” -Publishers Weekly, starred review on The 26-Story Treehouse

“This zany sequel, as much cartoon illustration as text, is an almost nonstop adventure.” -Booklist on The 26-Story Treehouse

“The conversational, matter-of-fact narration is a delightful contrast to the off-the-wall story line. Wildly humorous without being smart-alecky or sarcastic, this is a top choice for middle-grade readers.” -School Library Journal on The 26-Story Treehouse

“Will appeal to fans of Jeff Kinney and Dav Pilkey...The wonderfully random slapstick humor is tailor-made for reluctant readers... A treat for all.” -Booklist on The 13-Story Treehouse

Andy and Terry live in a 52-Story treehouse. (It used to be a 39-story treehouse, but they keep expanding.) It has a chainsaw-juggling level, a make-your-own-pizza parlor, a rocket-powered carrot-launcher, a life-size snakes and ladders game, a remembering booth, a Ninja Snail Training Academy and a high-tech detective agency, with all the latest high-tech detective technology, including the Disguise-o-Matic 5000!

Something that is sure to come in handy as they try to solve the mystery of: What happened to Mr. Big Nose? After all, it's hard to turn in your next book when your publisher has vanished!

Join New York Times-bestselling author Andy Griffiths and illustrator Terry Denton on another wild storytelling adventure in a series Publishers Weekly described as "Anarchic absurdity at its best." Welcome to The 52-Story Treehouse...What are you waiting for? Come on up! 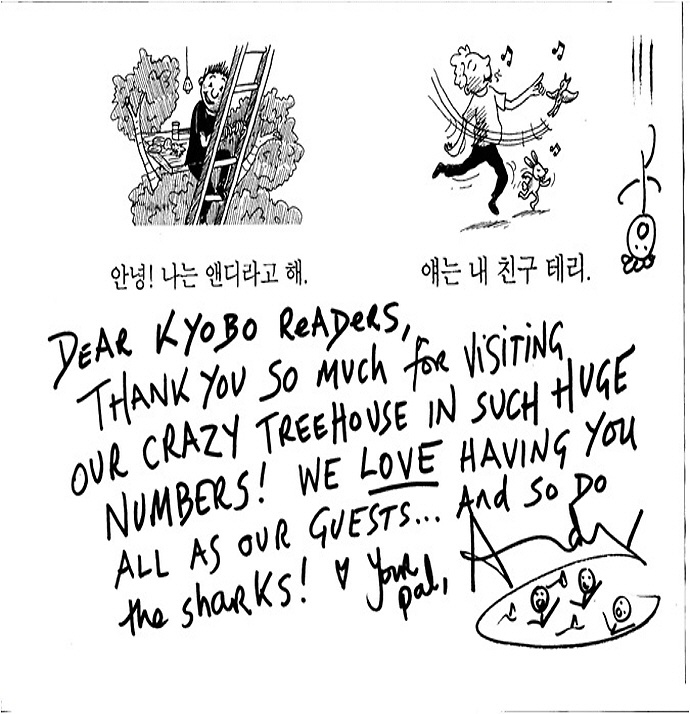