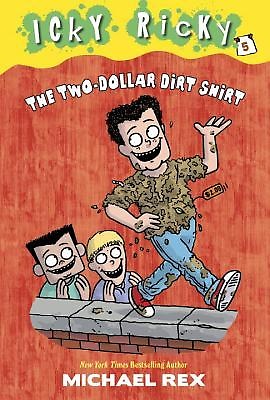 For fans of Captain Underpants and Lunch Lady, this chapter book series is half text, half illustration, and 100 percent humor.

The creator of Goodnight Goon and The Runaway Mummy pulls from his mad-scientist brain a kid so attracted to slime, muck, dirt, and yuck he could only be called Icky Ricky. And uh-oh! Icky Ricky is in a mess. Why? Well, you see...

* He’s wearing a shirt made entirely of dirt.
* He spilled a potful of hot dogs all over school.
* He’s digging up a woolly mammoth trapped in a frozen pond.
* He was supposed to be working on a book report and wound up covered with Gargantuan Glue, newspaper, and shoe polish. (Will Icky Ricky ever get his book report done?)

Icky Ricky is up to his eyeballs in trouble - and ick!