A Spotlight for Harry (Paperback) [Paperback] 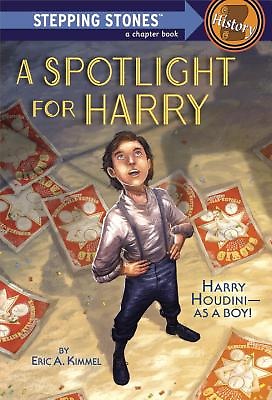 Harry Weiss - later known as Harry Houdini - is enthralled when the circus comes to his Wisconsin town. He loves all the acts, but his favorites are the tightrope and the amazing trick where a man hangs from a rope by his teeth! Harry and his brother decide to try circus tricks in a nearby barn, and although Harry’s headstrong determination leads him into trouble, it also opens up a whole new world. In this evocative story, Eric A. Kimmel tells how Harry Weiss discovered his love for performing, many years before he became world famous.