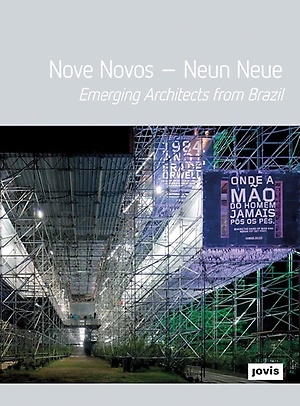 Brazil s architecture is characterized by a heroic and tropical modernity. It has gained acclaim especially through names such as Oscar Niemeyer or Paulo Mendes da Rocha, the two Brazilian Pritzker Prize winners. Their trademarks: sweeping lines, unusually bold constructions with conspicuous or white-painted concrete protrusions, and sensually curvaceous forms. Nove Novos, on the other hand, presents the approaches of the youngest generation of Brazilian architects. For them, the economically dynamic Brazil of today represents an opportunity to build extensively and to shape the country significantly, perhaps for the first time since Niemeyer. The youngest of the architects introduced are less than 30 years old, and nearly all of them are under 40. However, many of them can already boast an extraordinarily wide range of buildings, not only in terms of the number of projects, but also in terms of scale. The presented works, private residential buildings, administrative buildings, sporting venues, commercial buildings, and museums show that even the youngest Brazilian architecture has long since reached world-class standards.