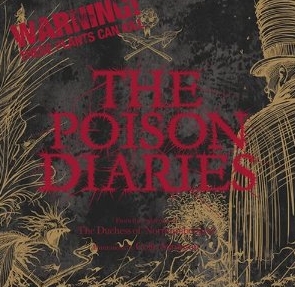 This truly gothic tale-a “facsimile” of Weed’s journal found at Alnwick Castle, in England?is not only a story of the battle between good and evil, but an educational parable of the curative and lethal properties of plants.

Weed?an orphan boy who apprentices with an evil old apothecary?is both used and abused. His journal is part botanical workbook and part diary of his own relationship with poisonous plants.

Weed discovers that he is one of the few people whom the plants talk to, and they try to persuade him that, with their help, his master can easily be disposed of. Although he refuses at first, after Weed’s first love, Marigold, experiments with the poisons and dies, he is pushed over the edge and plots to kill his master with a taste of his own evil medicine.

Each chapter of the story begins with Weed’s botanical notes: a plant’s appearance and properties, where it is found, how it should be cared for, the most poisonous parts, and how poison is extracted and administered. Accompanied by Weed’s sketches of the plants in their natural form, his diary also reveals the “real” personalities of the plants.