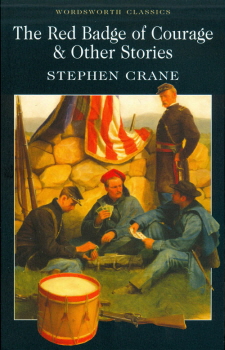 With an Introduction by Richard Jenseth, St Lawrence University, "The Red Badge of Courage" is one of the greatest war novels of all time. It reports on the American Civil War through the eyes of Henry Fleming, an ordinary farm boy turned soldier. It evokes the chaos and the dull clatter of war: the acrid smoke, the incessant rumours of coming battles, the filth and cold, the numbing monotony, the unworldly wailing of the dying. Like an impressionist painter, Crane also captures the strange beauty of war: the brilliant red flags against a blue sky, steel bayonets flashing in the morning sun as soldiers step off into battle. In the midst of this chaotic outer world, he creates an intricate inner world as he takes us inside the head of Henry Fleming.