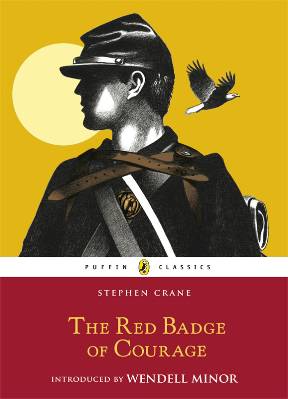 Henry Fleming dreams of the thrill of battle and performing heroic deeds in the American Civil War. But his illusions are shattered when he comes face to face with the bloodshed and horrors of war. Now he's a raw recruit, Henry experiences both fear and self-doubt. Will war make Henry a coward or a hero?

A vivid fictionalised account of the experiences of an ordinary innocent young soldier on the battlefields of the American Civil War, introduced by American writer, illustrator and historian, Wendell Minor.