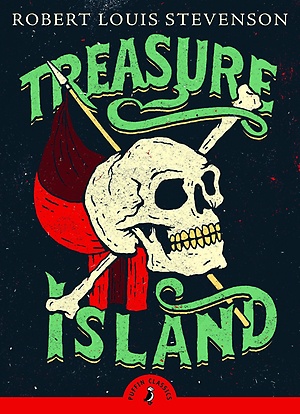 Introduction vii
Suggestions for Further Reading xxvii
Treasure Island
Part I The Old Buccaneer
I. The Old Sea Dog at the "Admiral Benbow" 3
II. Black Dog Appears and Disappears 9
III. The Black Spot 15
IV. The Sea-Chest 20
V. The Last of the Blind Man 25
VI. The Captain's Papers 30
Part II The Sea Cook
VII. I Go to Bristol 37
VIII. At the Sign of the "Spy-glass" 42
IX. Powder and Arms 47
X. The Voyage 52
XI. What I Heard in the Apple Barrel 57
XII. Council of War 62
Part III My Shore Adventure
XIII. How My Shore Adventure Began 69
XIV. The First Blow 74
XV. The Man of the Island 79
Part IV The Stockade
XVI. Narrative Continued by the Doctor: How the Ship Was Abandoned 87
XVII. Narrative Continued by the Doctor: The Jolly-boat's Last Trip 91
XVIII. Narrative Continued by the Doctor: End of the First Day's Fighting 95
XIX. Narrative Resumed by Jim Hawkins: The Garrison in the Stockade 99
XX. Silver's Embassy 104
XXI. The Attack 109
Part V My Sea Adventure
XXII. How My Sea Adventure Began 117
XXIII. The Ebb-tide Runs 122
XXIV. The Cruise of the Coracle 126
XXV. I Strike the Jolly Roger 131
XXVI. Israel Hands 136
XXVII. "Pieces of Eight" 143
Part VI Captain Silver
XXVIII. In the Enemy's Camp 151
XXIX. The Black Spot Again 158
XXX. On Parole 164
XXXI. The Treasure Hunt--Flint's Pointer 170
XXXII. The Treasure Hunt--The Voice among the Trees 176
XXXIII. The Fall of a Chieftain 181
XXXIV. And Last 186
Appendix A "My First Book" (1894) 191
Appendix B Tales of a Traveller 201

Treasure Island is a much loved Puffin Classic by Robert Louis Stevenson. Following the demise of bloodthirsty buccaneer Captain Flint, young Jim Hawkins finds himself with the key to a fortune. For he has discovered a map that will lead him to the fabled Treasure Island. But a host of villains, wild beasts and deadly savages stand between him and the stash of gold. Not to mention the most infamous pirate ever to sail the high seas...With a wonderfully funny introduction by award-winning author Eoin Colfer, Treasure Island is one of the twelve brilliant classic stories being relaunched in Puffin Classics in March 2008. Robert Louis Stevenson (1850-94) was born in Edinburgh, Scotland. He studied law but preferred writing and in 1881 was inspired by his stepson to write Treasure Island. Other famous adventure stories followed including Kidnapped, as well as the famous collection of poems for children, A Child's Garden of Verses. Robert Louis Stevenson is buried on the island of Samoa. The Puffin Classics: Red Badge of Courage; Anne of the Island; Wuthering Heights; Anne of Avonlea; Kidnapped; What Katy Did; The Happy Prince; David Copperfield; Robin Hood; Peter Pan; The Secret Garden; Black Beauty; The Call of the Wild; Huckleberry Finn; Sherlock Holmes; Little Lord Fauntleroy; The Wizard of Oz; Just So Stories; Treasure Island; Alice's Adventures in Wonderland; Little Women; Oliver Twist; The Wind in the Willows; The Secret Garden; and the Princess and the Goblin.