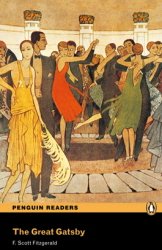 Francis Scott Key Fitzgerald was an American author of novels and short stories, and he is considered a member of the "Lost Generation" of the 1920. Fitzgerald was born on September 24, 1896 in St. Paul, and in 1911 he was sent to a New Jersey boarding school. In 1917 he dropped out of Princeton University to join the U.S. Army, as World War I broke out. Fitzgerald became a second lieutenant, and was stationed at Camp Sheridan, in Montgomery, Alabama. There he met and fell in love with Zelda Sayre. After the publication of T his Side of Paradise (1920), he married Zelda. The Great Gatsby, published in 1925, was his most successful novel, though Zelda suffered a nervous breakdown and Fitzgerald battled alcoholism. He published Tender Is the Night in 1934, and sold short stories to The Saturday Evening Post. In 1937, he left for Hollywood to write screenplays, and in 1940, while working on his novel The Love of the Last Tycoon, died of a heart attack at the age of forty-four.