Bit of a Blur : The Autobiography[Paperback] 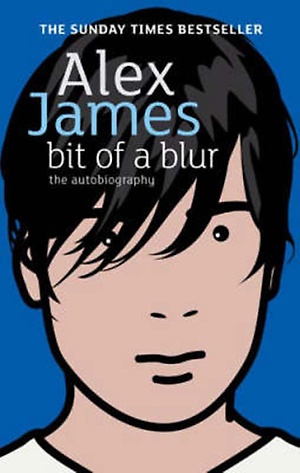 Alex James is a witty, engaging guide to the mad goings-on behind the scenes of Britpop. Blur's bassist famously estimates that he blew around ?1m on champagne and cocaine during the Nineties. Here's how. (INDEPENDENT)

Bright, passionate . . . James writes with wit and flair (TIME OUT)

*'The definitive guide to Britpop . . . this effervescent memoir emerges as the most fascinating, as well as hilarious, document to date of those times (OBSERVER)

I was the Fool-king of Soho and the number-one slag in the Groucho Club, the second drunkest member of the world's drunkest band. This was no disaster, though. It was a dream coming true.'

For Alex James, music had always been a door to a more eventful life. But as bass player of Blur - one of the most successful British bands of all time - his journey was more exciting and extreme than he could ever have predicted. In Bit of a Blur he chronicles his journey from a slug-infested flat in Camberwell to a world of screaming fans and private jets - and his eventual search to find meaning and happiness (and, perhaps most importantly, the perfect cheese), in an increasingly surreal world.