Silent Spring (Anniversary) : The Classic that Launched the Environmental Movement[Paperback] 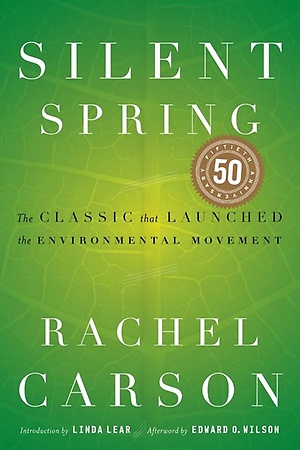 
Headlines in the New York Times in July 1962 captured the national sentiment: “Silent Spring is now noisy summer.” In the few months between the New Yorker’s serialization of Silent Spring in June and its publication in book form that September, Rachel Carson’s alarm touched off a national debate on the use of chemical pesticides, the responsibility of science, and the limits of technological progress. When Carson died barely eighteen months later in the spring of 1964, at the age of fifty-six, she had set in motion a course of events that would result in a ban on the domestic production of DDT and the creation of a grass-roots movement demanding protection of the environment through state and federal regulation. Carson’s writing initiated a transformation in the relationship between humans and the natural world and stirred an awakening of public environmental consciousness.
It is hard to remember the cultural climate that greeted Silent Spring and to understand the fury that was launched against its quietly determined author. Carson’s thesis that we were subjecting ourselves to slow poisoning by the misuse of chemical pesticides that polluted the environment may seem like common currency now, but in 1962 Silent Spring contained the kernel of social revolution. Carson wrote at a time of new affluence and intense social conformity. The cold war, with its climate of suspicion and intolerance, was at its zenith. The chemical industry, one of the chief beneficiaries of postwar technology, was also one of the chief authors of the nation’s prosperity. DDT enabled the conquest of insect pests in agricultureand of ancient insect-borne disease just as surely as the atomic bomb destroyed America’s military enemies and dramatically altered the balance of power between humans and nature. The public endowed chemists, at work in their starched white coats in remote laboratories, with almost divine wisdom. The results of their labors were gilded with the presumption of beneficence. In postwar America, science was god, and science was male.
Carson was an outsider who had never been part of the scientific establishment, first because she was a woman but also because her chosen field, biology, was held in low esteem in the nuclear age. Her career path was nontraditional; she had no academic affiliation, no institutional voice. She deliberately wrote for the public rather than for a narrow scientific audience. For anyone else, such independence would have been an enormous detriment. But by the time Silent Spring was published, Carson’s outsider status had become a distinct advantage. As the science establishment would discover, it was impossible to dismiss her.

Rachel Carson first discovered nature in the company of her mother, a devotee of the nature study movement. She wandered the banks of the Allegheny River in the pristine village of Springdale, Pennsylvania, just north of Pittsburgh, observing the wildlife and plants around her and particularly curious about the habits of birds.......
펼쳐보기

First published by Houghton Mifflin in 1962, Silent Spring alerted a large audience to the environmental and human dangers of indiscriminate use of pesticides, spurring revolutionary changes in the laws affecting our air, land, and water."Silent Spring became a runaway bestseller, with international reverberations . . . [It is] well crafted, fearless and succinct . . . Even if she had not inspired a generation of activists, Carson would prevail as one of the greatest nature writers in American letters" (Peter Matthiessen, forTime"s 100 Most Influential People of the Century).This fortieth anniversary edition celebrates Rachel Carson"s watershed book with a new introduction by the author and activist Terry Tempest Williams and a new afterword by the acclaimed Rachel Carson biographer Linda Lear, who tells the story of Carson"s courageous defense of her truths in the face of ruthless assault from the chemical industry in the year following the publication of Silent Spring and before her untimely death in 1964. 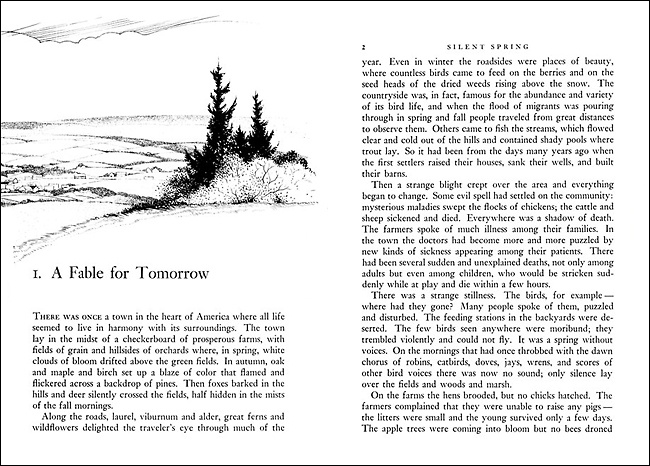