One Flew over the Cuckoo's Nest (Mass Market Paperback) 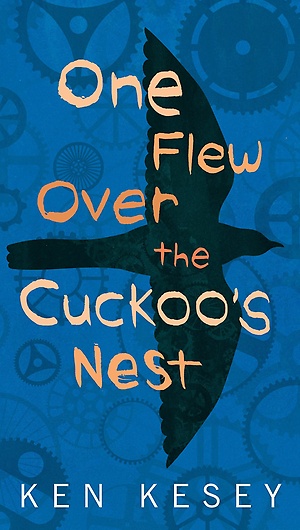 The imaginative characters and innovative story structure made Ken Kesey?s debut novel ripe for commentary. Take a closer look at One Flew Over the Cuckoo?s Nest, which also enjoyed critical success as a play and a film.
The title, Ken Kesey's One Flew Over Cuckoo's Nest, part of Chelsea House Publishers' Modern Critical Interpretations series, presents the most important 20th-century criticism on Ken Kesey's One Flew Over Cuckoo's Nest through extracts of critical essays by well-known literary critics. This collection of criticism also features a short biography on Ken Kesey, a chronology of the author's life, and an introductory essay written by Harold Bloom, Sterling Professor of the Humanities, Yale University.

McMurphy, a criminal who feigns insanity, is admitted to a mental hospital where he challenges the autocratic authority of the head nurse.