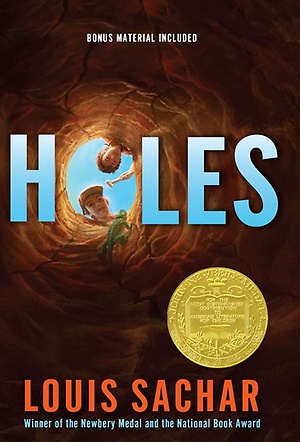 Stanley Yelnats is under a curse. A curse that began with his no-good-dirty-rotten-pig-stealing great-great-gandfather and has since followed generations of Yelnats. Now Stanley has been unjustly sent to a boy's detention center, Camp Green Lake, where the boys build character by spending all day, every day, digging holes exactly five feet wide and five feet deep. There is no lake at Camp Green Lake. But there are an awful lot of holes. It doesn't take long for Stanley to realize there's more than character improvement going on at Camp Green Lake. The boys are dgging holes because the warden s looking for something. But what could be buried under a dried-up lake?
Stanley tries to dig up the truth in this inventive and darkly humorous tale of crime and punishment-and redemption.

This is Newbery Medal-winning book in 1999.

The Newbery Medal for Best Children's Book
The Newbery Medal honors the year's most distinguished contribution to American literature for children. The medal was established in 1922 and is presented annually by the Association for Library Service to Children (ALSC), a division of the American Library Association (ALA). The recipient must be a citizen or resident of the United States. 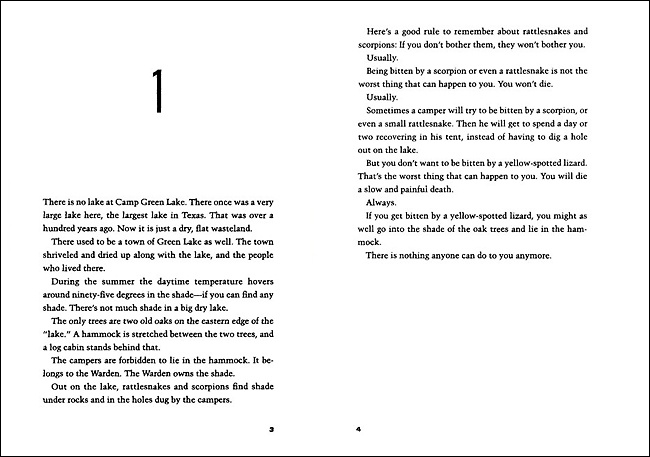