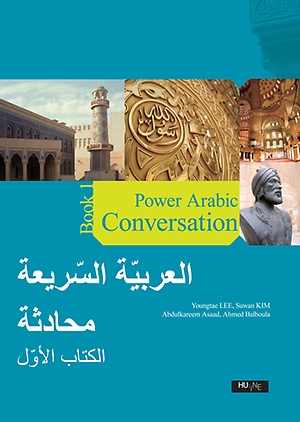 Arabic is spoken in over twenty two countries, from North-West Africa to the Arabian Gulf and used as the religious language in over fifty six Islamic counties with approximately 1.6 million Muslims. This makes it one of the most widely-used languages in the world, and the one of the most important languages to communicate with one ?fifth of world population. However it is often regarded as obscure and difficult and this perception is based more on an over-emphasis on the difficulty of the Arabic script and the traditional nature of some of the learning material than it is on the complexity of the language itself.

Over the last decade or so, there has been an increasing demand among students of Arabic, business men working in the Middle East and even general people for proficiency in Arabic. As a response to this high demand, and through teaching experience, we have felt urgent need for such a textbook that enables learners to acquire the ability of communicating in Arabic. This book will not only be useful to those learners who wish to familiarize themselves with daily life situation in Arabic, but also to those who are in great need of speaking and listening skills from and into Arabic.

The topics used in this textbook are recent and authentic. They are taken from different Arabic sources and contain various real life issues that are normally highlighted for learners’ convenience.

The units are structured in a way that can be easily followed. Each unit is organized with the following sections: three conversation texts, vocabulary, expressions and language practice. There are more than 170 exercises in this book, carefully designed to help learners practice what they have learnt and to prepare them for what is coming. There is a section of answers to the exercises. This key will help the learners verify their answers, and facilitate their independent learning of speaking Arabic.

Conversation Sections
These sections are designed to introduce learners to basic conversational Arabic in social and everyday situations so that learners can get talking right from the start. They appear in all the units with three conversation texts. Each conversation text includes not only daily life situation topics, but also the newer trends such as Face book and IT issues.

Expressions
These occur after vocabulary section and contain useful and key expressions. Learners are able to achieve the main sentence structure that they can apply to different situations. They are not only essential to learners' understanding of basic Arabic expressions, but also will be helpful in recognizing some of the finer points when you hear them.

Language Practice
A section containing seven or eight exercises comes at the end of each conversation text. These exercises, which are mostly structured on pattern drill, can be used as review and strengthening the conversation. This section is the most important features of this book for learners to develop and improve their own speaking skills by themselves.