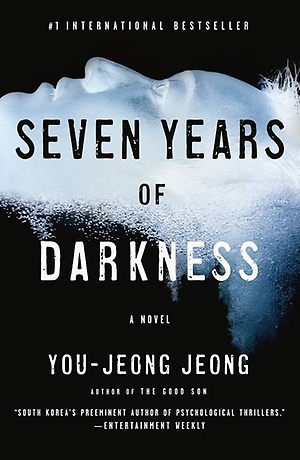 “[Seven Years of Darkness has] an intricate plot with a final twist that is quite gratifying.” -Korean Literature Now

Praise for You-Jeong Jeong and The Good Son:

“At long last, South Korea’s preeminent author of psychological thrillers has arrived Stateside. The Good Son . . . [is] a perfect introduction: an ingeniously twisted mother-son saga that keeps your heart pumping-and then breaks it.” -Entertainment Weekly

“A chilling portrait of a psychopath, and a beautifully evocative tale of wealth and isolation in modern South Korean life. You-Jeong Jeong has been called the Stephen King of South Korea, although I’d prefer to compare her to Lionel Shriver, Dorothy B. Hughes, or Patricia Highsmith.” -Molly Odintz, Lit Hub

“Absorbing . . . An unlikely thriller that we continue to read-thanks to Ms. Jeong's controlled prose...with a sickened sort of fascination. It's a testament to the author's skill and seriousness of purpose that she maintains suspense about her inhuman-seeming protagonist's fate until the bitter end.” -The Wall Street Journal

“Hard to put down.” -The Financial Times

“Jeong expertly inches up the tension in this crafty, creepy story.” -The Guardian

The truth always rises to the surface

When a young girl is found dead in Seryong Lake, a reservoir in a remote South Korean village, the police immediately begin their investigation. At the same time, three men--Yongje, the girl's father, and two security guards at the nearby dam, each of whom has something to hide about the night of her death--find themselves in an elaborate game of cat and mouse as they race to uncover what happened to her, without revealing their own closely guarded secrets.

After a final showdown at the dam results in a mass tragedy, one of the guards is convicted of murder and sent to prison. For seven years, his son, Sowon, lives in the shadow of his father's shocking and inexplicable crime; everywhere he goes, a seemingly concerted effort to reveal his identity as the reviled mass murderer's son follows him. When he receives a package that promises to reveal at last what really happened at Seryong Lake, Sowon must confront a present danger he never knew existed.

Dark, disturbing, and full of twists and turns, Seven Years of Darkness is the riveting new novel from the internationally celebrated author of The Good Son.