It is 1933 and Anna is nine years old. But while she is busy with school life, Hitler is about to be elected to office by the German people. Hitler is going to stop the Jews, whatever that means. Of course, in 1933 no-one ever imagined in their wildest dreams that he might actually try to murder them all. But Anna's father is a well-known Jewish writer, and someone warns him, just in time, that his passport might soon be taken away from him. So he packs his suitcase and leaves for Switzerland on the train in the middle of the night. That is alarming enough for Anna and her brother and mother who are left behind in Berlin. When will Anna see her father again? She sees him sooner than she expects, because he sends for them to come and join him in Switzerland, just the day before the German elections. It is the right decision. When Hitler sweeps to power one of his first acts is to confiscate all the family's property in Berlin. And so, they are refugees in Switzerland, with no way back home, even if they wanted it, and they would not want it. It isn't easy being a refugee. Three times Anna and her family try to settle in a different country. For Anna, the one thing which does make it bearable is that they are all together. So long as they all stay together, it doesn't really feel as though she has lost everything, and she can even get on and enjoy the challenges which her new life present her with. This is a lovely book, for Anna is a happy child despite her difficult circumstances. Life, it seems, goes on even when you are a refugee, and quite often, you can see the funny side of it. 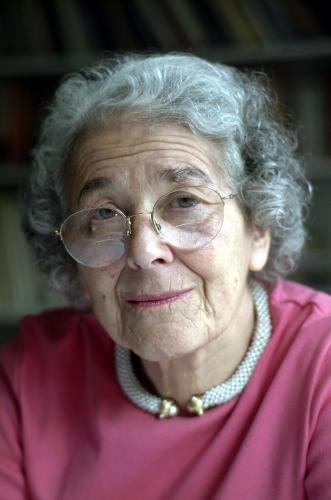