My Dark Vanessa: A Novel (Hardcover) 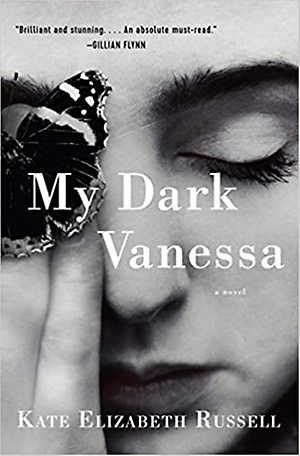 "Exquisite... My Dark Vanessa stands on its own as simultaneously specific and universal—about a young woman who believes she’s in a love story when she’s actually in a psychological horror film." (Los Angeles Times)

“This timely, riveting debut illuminates the interplay between a child’s heartbreaking confusion and the deepest perversions of power.” (People, Book of the Week)

"A brilliant and stunning debut, My Dark Vanessa is utterly truth-rattling, humane in its clarity and chilling in its resonance. An absolute must read." (Gillian Flynn, #1 New York Times bestselling author of Gone Girl)

“My Dark Vanessa destroyed me. This moving, ferocious story of an all-consuming relationship between a teenager and her teacher traces not just a stolen girlhood, but the aftershocks that haunt trauma survivors years into the future. Gripping, stunningly written, and important . . . I’ve been waiting for this book.” (Julie Buntin, author of Marlena)

“My Dark Vanessa is a harrowing triumph. Complex, smart, and utterly riveting from start to finish, Kate Elizabeth Russell’s debut novel cracks open assumptions and cliches, and delivers a layered, nuanced narrative that is vital for a more thorough understanding of the extent and longevity of the damage wrought by sexual abuse. Be prepared for a pit in your stomach, a lump in your throat, and reading late into the night.” (Lily King, bestselling author of Euphoria)

“My Dark Vanessa is a total masterpiece of tone and point of view, even more impressive for how uninvested it seems in impressing us. It's fascinating and devastating and brilliant. I loved it.” (Kristen Roupenian, bestselling author of You Know You Want This: “Cat Person” and Other Stories)

“My Dark Vanessa is a singular achievement—a masterpiece of tension and tone that will simultaneously grip you, horrify you, and move you…. With utmost sensitivity and vivid, gut-churning detail, Russell illuminates Vanessa’s struggle to see the story of her life for the tragedy it truly is. Before you start My Dark Vanessa, clear your schedule for the next few days—this… will utterly consume you.” (Esquire, The Best Books Coming Out This Winter)

"Explosive... a significant addition to the necessary reassessments and conversations sparked by the #MeToo movement.” (NPR)

“Clever, unsettling… One of the more radical aspects of the novel is that it maintains its ambiguities, it refuses to give up entirely on the idea that there was love somewhere in this encounter, along with other sicker, darker things… It is difficult to write about this subject without falling into predictable tropes or cliches, but Russell manages a brutal originality. In an era of neat furious accounts of victimhood, this novel stands out for elusiveness, its exceedingly complex, inventive, resourceful examination of harm and power.” (The New York Times Book, Editor's Choice)

“Russell manages to weave beautiful prose with gut-wrenching truth.... To call this book a ‘conversation piece’ or ‘an important book’ feels belittling . . . this book is so much more than that. It’s a lightning rod. A brilliantly crafted novel, one that will stand against any of the celebrated tomes glorifying the over-sexualization of girls.” (Washington Post)

“To call this book a ‘conversation piece’ or ‘an important book’ feels belittling . . . [it] is so much more than that. It’s a lightning rod. A brilliantly crafted novel.”—The Washington Post

Exploring the psychological dynamics of the relationship between a precocious yet naive teenage girl and her magnetic and manipulative teacher, a brilliant, all-consuming read that marks the explosive debut of an extraordinary new writer.

2017. Amid the rising wave of allegations against powerful men, a reckoning is coming due. Strane has been accused of sexual abuse by a former student, who reaches out to Vanessa, and now Vanessa suddenly finds herself facing an impossible choice: remain silent, firm in the belief that her teenage self willingly engaged in this relationship, or redefine herself and the events of her past. But how can Vanessa reject her first love, the man who fundamentally transformed her and has been a persistent presence in her life? Is it possible that the man she loved as a teenager—and who professed to worship only her—may be far different from what she has always believed?

Alternating between Vanessa’s present and her past, My Dark Vanessa juxtaposes memory and trauma with the breathless excitement of a teenage girl discovering the power her own body can wield. Thought-provoking and impossible to put down, this is a masterful portrayal of troubled adolescence and its repercussions that raises vital questions about agency, consent, complicity, and victimhood. Written with the haunting intimacy of The Girls and the creeping intensity of Room, My Dark Vanessa is an era-defining novel that brilliantly captures and reflects the shifting cultural mores transforming our relationships and society itself.

Kate Elizabeth Russell is originally from eastern Maine. She holds a PhD in creative writing from the University of Kansas and an MFA from Indiana University. My Dark Vanessa is her first novel.