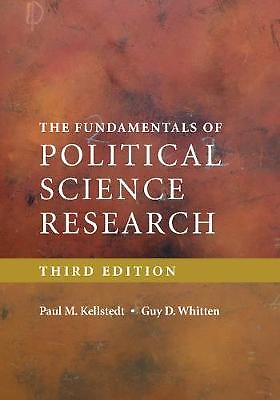 The third edition of the best-selling The Fundamentals of Political Science Research provides an introduction to the scientific study of politics. It offers the basic tools necessary for readers to become both critical consumers and beginning producers of scientific research on politics. The authors present an integrated approach to research design and empirical analyses whereby researchers can develop and test causal theories. They use examples from political science research that students will find interesting and inspiring, and that will help them understand key concepts. The book makes technical material accessible to students who might otherwise be intimidated by mathematical examples. This revised third edition features new 'Your Turn' boxes meant to engage students. The edition also has new sections added throughout the book to enhance the content's clarity and breadth of coverage.