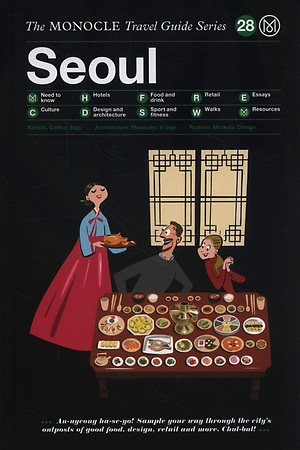 Beyond the colourful clutter are innovative building projects, lush green spaces, world-class museums and a tasty spread of places to eat and drink. The South Korean capital is energetic and sprawling; it's a 24-hour city that's home to some 10 million people and plenty of brightly lit billboards, skyscrapers and shops. The Monocle Travel Guide to Seoul looks past the dazzling lights to discover what, and who, have brought this late-blooming city careering into the 21st century. Its streets may be tricky to navigate but Seoul's inhabitants are turning it into an accessible and playful metropolis that respects its roots while embracing the future. We've amassed our favourite architectural feats - from a women's university to an ivyclad red-brick church - and sipped our way through the snappiest coffee shops, including one in an old printing press. The hotels we long to hunker down in vary from glittering glass towers to traditional hanok. Plus, we've mapped out four top-notch itineraries. Whatever you want and whenever you want it, Seoul has you covered, be it late-night trips to the sauna or early-morning treks around the hills. Hike up your hanbok and come and meet the people putting their hearts into Seoul. The magazine Monocle covers the world with its network of bureaus in New York, Toronto, Zurich, Hong Kong, Istanbul, Tokyo, and Singapore. It also employs more than 30 dedicated correspondents--in cities from Bangkok to Bogota, Sao Paolo to Stockholm--as well as a team of on-the-road reporters based out of its headquarters in London. This team's deep understanding of cities and all they have to offer has now been compiled in The Monocle Travel Guide Series.