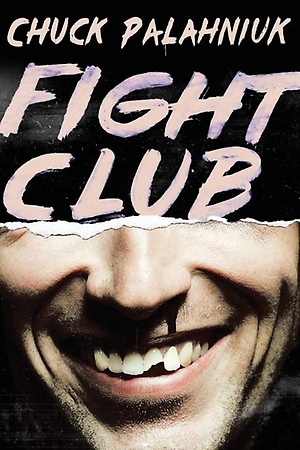 “An astonishing debut…Fight Club is a dark, unsettling, and nerve-chafing satire.”
- Seattle Times

“A powerful, dark, original novel. This is a memorable debut by an important writer.”
- Robert Stone

“This brilliant bit of nihilism succeeds where so many self-described transgressive novels do not: It’s dangerous because it’s so compelling.”
- Kirkus Reviews

“Amazing and artful disturbance. Fight Club is for everybody who thinks and loves the fine American language.”
- Barry Hannah

“Irresistible…As with chocolate or pornography, you struggle to savor it slowly, yet feel compelled to zip through its smart, atomic, nightmarish world. A visionary novel of beautiful violence and creepy intensity.”
- Scott Heim

“Palahniuk’s utterly original creation will make even the most jaded reader sit up and take notice.”
- Publishers Weekly

Chuck Palahniuk showed himself to be his generation’s most visionary satirist in this, his first book. Fight Club’s estranged narrator leaves his lackluster job when he comes under the thrall of Tyler Durden, an enigmatic young man who holds secret after-hours boxing matches in the basement of bars. There, two men fight "as long as they have to." This is a gloriously original work that exposes the darkness at the core of our modern world.