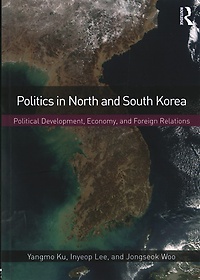 Politics in North and South Korea provides students with a comprehensive understanding of the political dynamics of the twKoreas. Giving equal weight tNorth and South Korea, the authors trace the history of political and economic development and international relations of the Korean peninsula, showing how South Korea became democratized and how Juche ideology has affected the establishment and operation of a totalitarian system in North Korea.

Written in a straightforward, jargon free manner, this textbook utilizes both historical-institutional approaches and quantitative evidence tanalyse the political dimensions of a wide variety of issues including:

This textbook will be essential reading for students of Korean Politics and is alssuitable for undergraduate and postgraduate courses on East Asian Politics, Asian Studies, and International Relations.