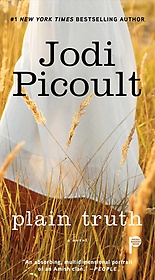 I grew up on Long Island with my parents and my little brother, the product of a ridiculously happy childhood. My mom says I've been writing as long as she remembers - my first masterpiece was "The Lobster That Was Misunderstood," at age 5. I honed my writing skills beyond that, one hopes, before I headed off to Princeton, where I wanted to work with living, breathing authors in their creative writing program. Mary Morris was my teacher/mentor, and I really do believe I wouldn't be where I am today if not for her guidance an d expertise. I had two short stories published in SEVENTEEN magazine when I was in college. However, when I graduated, a desire to not eat ramen noodles exclusively and to be able to pay my rent led me to take a job on Wall Street (not a great idea, since I can't even balance my checkbook). When the stock market crashed in 1987, I moved to Massachusetts and over the course of two years, worked at a textbook publishing company, taught creative writing at a private school, became an ad copywriter, got a master's in education at Harvard, got married, taught at a public school, and had a baby. My first novel was published shortly after my son was born, and I've always said that the reason I kept writing is because it's so much easier than teaching English.

In fourteen years, I've published thirteen novels: Songs of the Humpback Whale, Harvesting the Heart, Picture Perfect, Mercy, The Pact, Keeping Faith, Plain Truth, Salem Falls, Perfect Match, Second Glance, My Sister's Keeper, Vanishing Acts, and the upcoming The Tenth Circle, this March. Two of my books (Plain Truth and The Pact) were made into Lifetime TV movies; Keeping Faith will be another. My Sister's Keeper is in development at New Line Cinema to be a feature film. And there isn't a single day that I don't stop and marvel at the fact that when I go to work, I get to do what I love the most.

My husband Tim and I live in Hanover, NH with our three kids, a dog, a rabbit, and the occasional donkey or cow.