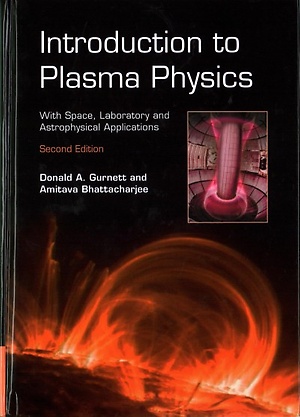 Introducing basic principles of plasma physics and their applications to space, laboratory and astrophysical plasmas, this new edition provides updated material throughout. Topics covered include single-particle motions, kinetic theory, magnetohydrodynamics, small amplitude waves in hot and cold plasmas, and collisional effects. New additions include the ponderomotive force, tearing instabilities in resistive plasmas and the magnetorotational instability in accretion disks, charged particle acceleration by shocks, and a more in-depth look at nonlinear phenomena. A broad range of applications are explored: planetary magnetospheres and radiation belts, the confinement and stability of plasmas in fusion devices, the propagation of discontinuities and shock waves in the solar wind, and analysis of various types of plasma waves and instabilities that can occur in planetary magnetospheres and laboratory plasma devices. With step-by-step derivations and self-contained introductions to mathematical methods, this book is ideal as an advanced undergraduate to graduate-level textbook, or as a reference for researchers.