The Story of Opera (Paperback) [Paperback] 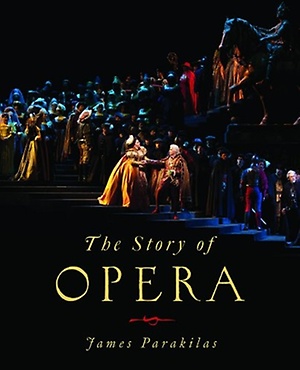 Part V: Opera of the 20th Century and Beyond
Chapter 13: Human-Interest Opera
Chapter 14: Operas of Dreaming

Four centuries of opera through the stories they tell.

The Story of Opera explores the centuries-old tradition in which the emotional power of music is linked to the human issues that can be enacted as stories. The first part, "Going to the Opera," introduces newcomers to every element of the operatic experience-venues, seating arrangements, dress and costumes, stage effects, orchestra, singers, and dancers-describing how each began and changed over the years, and how they have all combined to enthrall audiences for four centuries. The remaining parts explore operatic repertory from the 17th century to the present, providing insightful readings of plots, particular scenes, staging, and music.