The Internationalisation of Criminal Evidence (Paperback / 1st Ed.) : Beyond the Common Law and Civil Law Traditions (Law in Context) 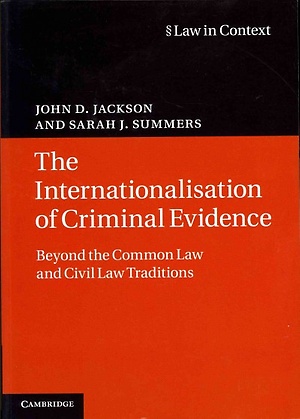 Although there are many texts on the law of evidence, surprisingly few are devoted specifically to the comparative and international aspects of the subject. The traditional view that the law of evidence belongs within the common law tradition has obscured the reality that a genuinely cosmopolitan law of evidence is being developed in criminal cases across the common law and civil law traditions. By considering the extent to which a coherent body of common evidentiary standards is being developed in both domestic and international jurisprudence, John Jackson and Sarah Summers chart this development with particular reference to the jurisprudence on the right to a fair trial that has emerged from the European Court of Human Rights and to the attempts in the new international criminal tribunals to fashion agreed approaches towards the regulation of evidence.