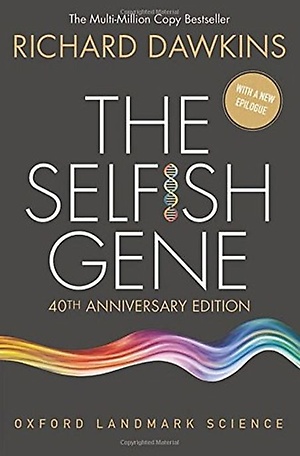 "Dawkins's prose is lucid and powerful, his argument difficult to contend ... The Selfish Gene has attained its own literary and scientific immortality: as long as we study life, it will be read." - Adam Rutherford, The Observer

"Books about science tend to fall into two categories: those that explain it to lay people in the hope of cultivating a wide readership, and those that try to persuade fellow scientists to support a new theory, usually with equations. Books that achieve both changing science and reaching the public are rare. Charles Darwin's On the Origin of Species (1859) was one. The Selfish Gene by Richard Dawkins is another. From the moment of its publication 40 years ago, it has been a sparkling best-seller and a scientific game-changer" - Matt Ridley, Nature

"Richard Dawkins' magnificent introduction to the world of popular science writing ... Punchy, elegant, self-righteous, devotional (at least in a Dawinian way), it showed that genetics was absorbing, challenging and important" - Nick Spencer, The Tablet

Introduction to 30th anniversary edition
Preface to 1989 2nd edition
Foreword to 1976 1st edition
Preface to 1976 1st edition
1: Why are people?
2: The replicators
3: Immortal coils
4: The gene machine
5: Aggression: stability and the selfish machine
6: Genesmanship
7: Family planning
8: Battle of the generations
9: Battle of the sexes
10: You scratch my back, I'll ride on yours
11: Memes: the new replicators
12: Nice guys finish first
13: The long reach of the gene
Epilogue to 40th anniversary edition
Endnotes
Reviews from earlier editions
Updated bibliography
Index and key to bibliography

*The Commemorative anniversary edition of this landmark work which powerfully encapsulates a new way of looking at living things - a gene's eye view.

*With a new epilogue by Richard Dawkins, discussing the continuing relevance of these ideas in evolutionary biology today

*Completely re-typeset, to make the book even more attractive to read

*Originally published in 1976, this book remains a classic work in the development of evolutionary thought, and its influence is undiminished today.

*Includes the original prefaces including Robert Trivers' 1976 foreword, and extracts from a selection of early reviews.

*Part of the Oxford Landmark Science range: 'must-read' modern science and big ideas, which have shaped the way we think.


*New to this Edition:
A new epilogue by Richard Dawkins