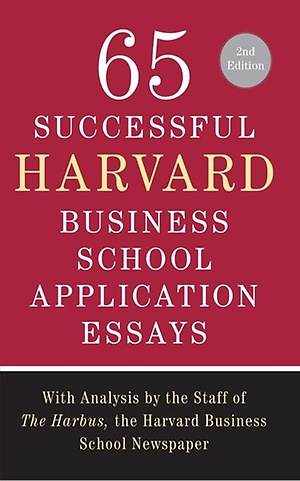 
What is your career vision and why is this choice meaningful to you?


So you have spent the last five years trolling the seas in a British Naval submarine, have been trading on the floor of the stock exchange, or have just recently graduated from college. Moreover, you have just spent several essays talking about your scintillating experiences of the last decade. Now it is time for you to answer what is arguably the most important question of the application: What do you want to be when you grow up? More precisely: what is your career vision and why do you need a Harvard MBA to achieve it? A well-structured response to this question will address four critical points.


First, what are your short-term and long-term career plans? Second, why is this your chosen path? Before you start writing your response, carefully consider both parts of the question. Do not only state agoal. Provide enough context so that the audience understands your decision-making process. This is especially important for applicants with traditional business school backgrounds who intend to return to their current fields. While it is nice that you still hope to find yourself at a prestigious consulting firm in ten years, ensure that you can articulate what about the job, specifically, really satisfies you. Above all, your career vision must be sincere and credible. If you want to be Chairman of the International Red Cross, fine, but ensure that you lay out a reasonable plan to get there.


After you have addressed what you want to do, explain why you need Harvard Business School to achieve your goals. It is important to note that the specificity with which the career question mentions HBS varies from year to year. However, just keep your audience in mind when crafting your response. Harvard’s mission, after all, is “to educate leaders who make a difference in the world.” But beyond the mission, keep in mind that the school has been working to differentiate itself from other business schools in a number of more subtle ways in recent years, launching among other things its Global Research Centers and its Healthcare Initiative.


Understanding your audience is useful advice when applying to any business school: make sure you understand the differences between the programs and tailor the response to your school of choice.


The final element that makes a career essay truly exceptional is a sentence or two in which the candidate thoughtfully highlights what he or she would bring to the HBS classroom. When incorporated, this touch proves that the applicant understands that HBS is a collaborative environment, in which the exchange of ideas by people of widely diverse backgrounds is what truly enables learning.

Google went from college dorm project to search engine hegemon in twenty months. It took Steve Jobs only a short while to figure the stickiness of the iPod. Netflix is adding 80,000 subscribers a month. In the private sector innovation and adoption happen rapidly. A great idea, capable management, and the unwavering belief that you’ve either tapped an untapped market or you’re creating a new one, inspire constant devotion to pushing the boundaries of what’s possible.

Public education is the antithesis of this. We’ve been doing the same thing, albeit worse now than ever before, for more than a century. The US now ranks 21st out of the OECD’s twenty-nine industrial nations in eighth grade math. More than a million kids dropped out of high school last year ? twice the total population of the city of Boston; worse than that, of those who did graduate high school and enroll in college, roughly 40% will need remediation. This bankrupt system is ripe for some creative destruction. And in a small corner of California, in “middle class America”, that’s what I plan to do.
펼쳐보기

It’s a daunting task. Even the most seasoned professionals find business school application essays to be among the hardest pieces they ever write. With a diverse pool of talented people applying to the nation’s top schools from the most successful companies and prestigious undergraduate programs in the world, a simple biography detailing accomplishments and goals isn’t enough. Applicants need clear and compelling arguments that grab admissions officers and absolutely refuse to let go.

To help them write the essays that get them accepted into Harvard or any of the country’s other top programs, the staff of The Harbus---HBS’s student newspaper---have updated and revised their collection of sixty-five actual application essays as well as their detailed analysis of them so that applicants will be able to:

* Avoid common pitfalls
* Play to their strengths
* Get their message across

Wherever they are applying, the advice and tested strategies in 65 Successful Harvard Business School Application Essays give business professionals and undergraduates the insider’s knowledge to market themselves most effectively and truly own the process.